I Have a Deep, Dark Secret that I Must Confess...

I am the BIGGEST (and possibly the oldest) Mr. Roger's Fan...ever! I would love to grow up to be just like him... 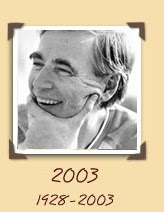 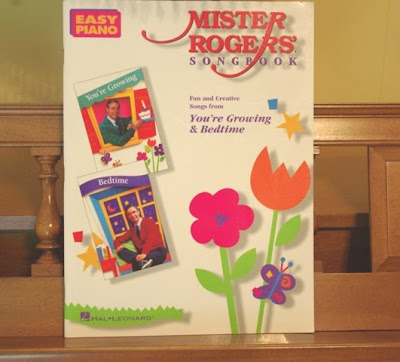 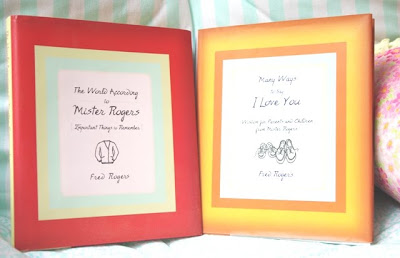 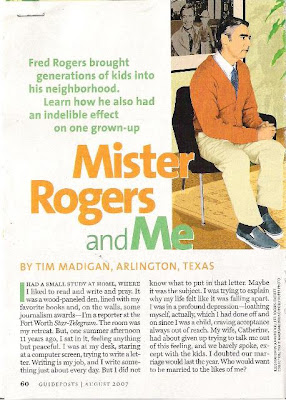 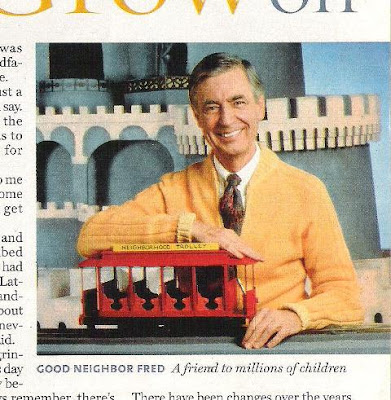 ... in my tower of homemade video tapes of Mr. Rogers' Neighborhood... 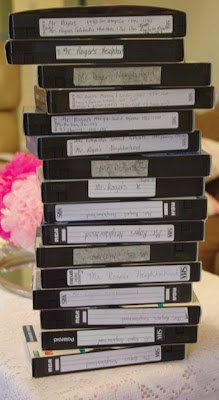 ...in the soft background music drifting through our rooms... 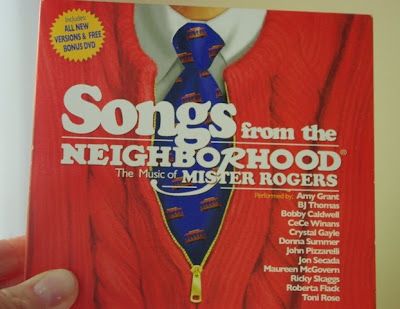 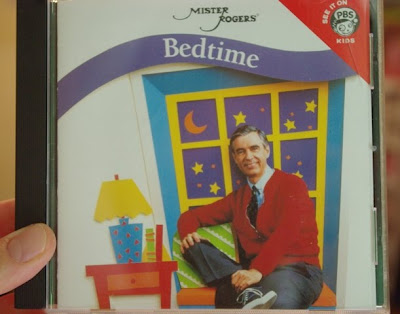 It is my opinion that road rage would disappear if every car cd was playing the tunes that Mr. Rogers faithfully sung to his daily audience...Won't You Be My Neighbor...Then Your Heart is Full of Love...There Are Many Ways to Say I Love You... I believe life's stresses could be lessened by a daily dose of Mr. Roger's Neighborhood.

My homeschooled children grew up knowing what Mama meant when she said, "It's time for a Mr. Rogers break." Nope, it didn't mean time for TV. It meant they needed to find something quiet to do because Mama was going to pop a Mr. Rogers tape in the VCR and relax...and probably nap...for 30 minutes. And you want to know what? I was a much calmer and relaxed mama after that 30 minutes. Want to try it for yourself? Here's a link where you can watch some episodes. Don't forget to come back and let me know how you feel after watching an episode.

There's only one person in this whole world like you and people can like you exactly as you are. ~ Fred Rogers


Note: Magazine articles are saved from Guideposts June 2003 and August 2007

And a disclaimer about my homemade tapes:
In 1983 Mr. Rogers' testimony before the Supreme Court helped sway its decision to allow individuals to record TV programs on home VCRs.