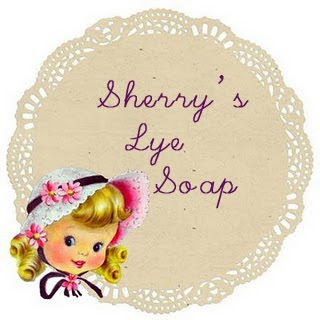 Here is my Lye Soap recipe for everyone that has been so sweet to ask.

1. Put 7 cups of cold water (70-75 degrees) into a gallon glass jug. Using a wooden spoon, stir the water while slowly adding the lye. Stir until lye is dissolved. (Do this outside because of the fumes.)

Tests for tracing:
* Drip some soap onto the surface of the soap in pot. It should leave a small
mound.
* Draw a line in the soap with the spoon. If a trace of the line remains a few
seconds, it has traced.

4. Pour soap into molds. Cover the molds with cardboard, then put several towels over that. Leave until next day. Soap should be hard enough to cut in 24 hours, if not, wait another day.

5. Unmold and cut soap into bars. Let soap air-dry at least 3 weeks before using. Then, lather up and enjoy! 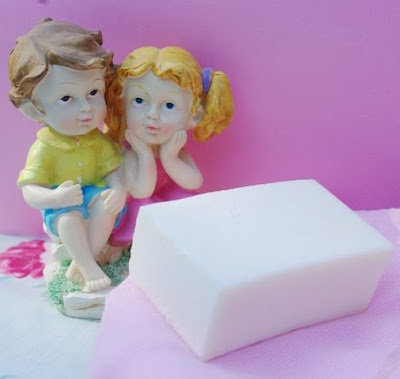 Safety precautions: Do not make this with small children around. Stir your lye mixture up outside because of the fumes. Wear long sleeves and rubber gloves when working with the lye.

Notes: These are the simplified instructions I have written up for myself after much reading and searching the internet and books and after talking to experienced soap makers. Please do your own internet search for safety precautions before making this soap. Here is a link to a site with very basic instructions. Lye is a chemical and heats up almost to the boiling point when touching any type of moisture. It is safe when made into soap because it is neutralized by the fat.

Edited to add: I buy the lard in 4 pound tubs at my local Save-a-Lot grocery store and I buy the lye (Sodium Hydroxide) at Lowes Home Improvement Center or the local hardware store. Make sure the lye is 100% Sodium Hydroxide with no other added ingredients. It's found in the drain cleaner aisle. Here is a link to the brand I buy at Lowes.
Posted by Sherry

Labels: homemaking, Made by you Mondays, Natural products, Soap making